Let me tell you my story 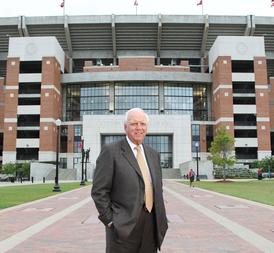 All proceeds of this and future projects will go to support various charities and entities that were near to Mal and Charlotte’s heart.
© Crimson Heart Foundation

Mal Moore spent his entire career in athletics, as a football player, coach, and administrator. He recounts his memories of unforgettable events that helped shape his life in Crimson Heart, including:

*  Growing up in the rural South, and playing for the Crimson Tide under the legendary Paul "Bear" Bryant
*  Personally contributing to 10 National Championships in football
*  A recruiting experience that changed the history of Alabama football
*  The secret switch to the Wishbone offense that ended up dominating the 1970's
*  A heartfelt tribute to what Coach Paul "Bear" Bryant meant to college football and especially to Alabama
*  Coaching at Notre Dame and in the NFL
*  Dealing with his wife's 20 year battle with Alzheimer's Disease and how it altered his life and coaching career
*  His incredible fundraising success and the magnificent facility upgrades that occurred
*  Behind the scenes and the real story in the hiring of Nick Saban
*  The return to the championship throne and national prominence for the Crimson Tide

Coach Moore had nearly completed his memoirs at the time of his illness in the winter of 2013. You can hear Moore's voice coming off every page as he guides you through his remarkable life. It was his leadership that was the bridge that connected Alabama's glorious past to today's tremendous success. Coach Moore gave his whole life to the people of Alabama and his beloved Crimson Tide and even in death, Coach is still giving back. Per Mal's wishes, all proceeds from the sales of Crimson Heart are to be donated back to his beloved alma mater in the form of scholarships and to a few local charities, one being, Caring Days, an award-winning Alzheimer's day care center in Tuscaloosa. Please follow us on Twitter @CrimsonHeartbk and Facebook